Event Decor – How to Become an Event Designer 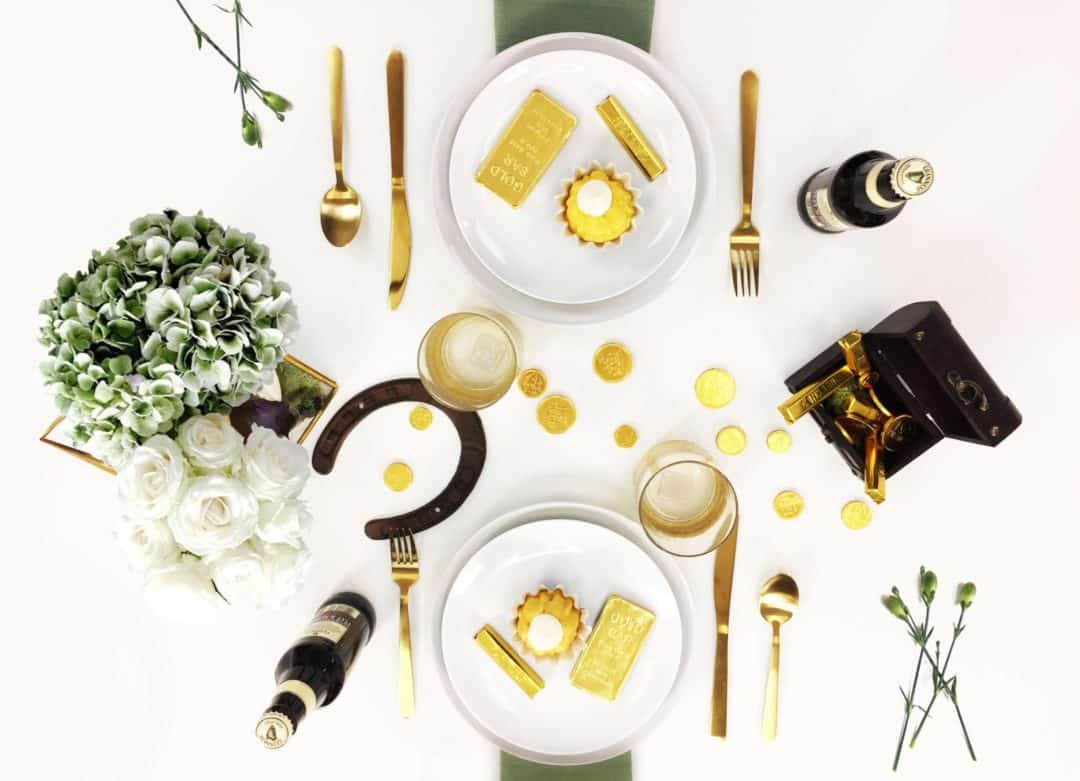 Event design is an inspired art form blending color theory, with the design of space and logistical flow. A very different approach to themed events and not the same use of formal philosophies of design. Event designers come from a variety of backgrounds but most have a passion and an “eye for design” early on that is recognized by others. Event Design education is available through local colleges and universities leading to a Certificate in Event Design or a Certification as an Event Designer.

What type of person becomes an Event Designer?

The type of individual who becomes an event designer comes from a wide variety of backgrounds. Many people do not even realize they have a talent or “eye for design” until someone else points it out. You may find yourself naturally good at interior design or designing spaces but not recognize your gift for design can be transferred into a valuable service for others and a profitable career. Niangi Igano, a recent graduate at LWPI and event designer says:

“Designers are the natural-born risk takers who aren’t afraid to let their creative minds take over and leave the limitations of “the norm” behind.”

For example, during an interview with Preston Bailey, the world renowned event designer, explained how he got started in the industry. He explained how he was actually homeless at one point in his life, but soon after was creating floral arrangements for his friends. His talent for making floral designs opened doors to new clients who saw his work and were referred by his friends. Floral centerpieces expanded into table designs and eventually to the entire process of designing, planning, and production of some of the most extravagant events on the planet.

Preston, shared his journey and how he was able to build his company and his brand to what it is today. His explained his design style is based on his ability to not control his imagination and let his creative process flow. He explained his process in 4 steps:

The inspirational process is one of the most important as this is where creativity is curated and a concept is born. Preston explained how he has trained his brain and thought process to refer back to when he was a child where everything is possible. Preston explained:

“Even gravity doesn’t exist in my design process, just as a child will say he can fly like superman.”

As simple as it seems, it is such a profound idea that most event planners don’t seem to grasp because they are stuck in the reality of budgets, timelines, project management, and logistics. We lose sight or cut corners on the creative process because we don’t allow our minds to dream the impossible because we are stuck in reality.

Another amazing Celebrity Event Planner, David Tutera, started out designing balloons for parties and was asked by someone who saw one of his balloon designs if he could plan a bat mitzvah. At the time, he didn’t even know what it was, but said “yes” to get the job and learned as he went along by listening to his client’s vision to make it a success. Now he is one of the most famous celebrity event planners on television. David explained that when he designs he likes to spend time with his clients to get to know their style and vision. He has learned over the last 30 years, the best way to design for his clients is to understand their goals but to exceed expectations. Great advice for anyone in business. As well as a full-proof way to open doors to new referrals and a successful business in event design and decor.

LWPI recently had a chance to sit down with Kevin Lee, one of the most sought after event designers in Hollywood, with a Celebrity A-List of clients such as J-Lo, Mariah Carey, Brad Pitt, Oprah Winfrey… including Hollywood’s event of the year…the Governor’s Ball after the Oscars. Kevin was gracious enough to share his story with us and his philosophy for planning events for some of the most wealthiest people in the world. Kevin says:

“I learn all that I can about my clients and their personalities along with their wish list and design style in order to create an experience I know they will love.”

What’s interesting is all three of these interviews with expert designers, revealed their mutual focus and concern for client expectations. There seems to be an understanding that a client’s style comes before their own opinions of style and design. So even when they don’t agree with a certain design style the client is always right, because when it comes to art…beauty is in the eye of the beholder.

These famous event designers all have an amazing “eye for design” and a signature style, but they all have the same goal and that is to meet and exceed the client’s expectations. 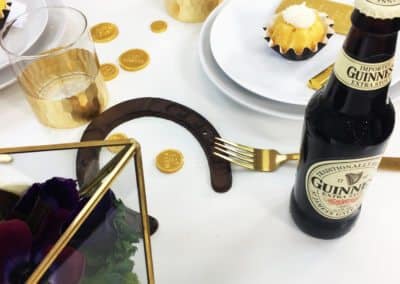 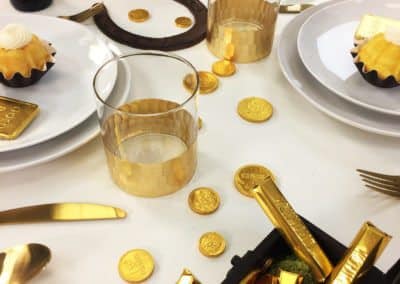 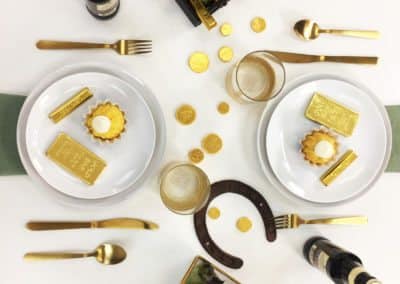 What should you know

The best way to get started as an event designer or event decorator is to check out your local resources. There are many vendors and event rental locations that will have everything you need from lighting to linens, tents and tables, glassware, flatware, props, themed events, event staging, and event themes. Take a trip to your local rental facility and get a tour and price list of their inventory. Many event rental companies are very happy to educate industry planners and designers on their services and rental inventory. In many cases, you will gain even more ideas and inspiration so take pictures while you are there.

Another type of event decor resource you should consider are your local craft stores such as Michaels, Paper Source, JoAnns, and even Target or Home Goods. When it comes to props and tablescaping details many of these stores carry very affordable crafting options to create a cohesive design all the way down to the smallest details.

In many cases, as an event designer you may not be able to just buy what you have in mind. It will have to be constructed or built by a carpenter or an artist. Knowing professional trades men and women in addition to your local craft stores and party rental companies will round out your network of resources you will need to support your craft.

Where can you get started as an Event Designer?

There are many formal and informal ways to learn how to be an event designer. While understanding what resources you have to work with will give you insight and ideas for creative events, you will also need to know how to design a space based on size, flow, and capacity. You will also want to know the legal constraints for each venue type along with permit requirements and liability issues you’ll want to avoid. Taking a formal class on each aspect of event design will insure you are properly trained with the skills and the knowledge for navigating a successful career as an event designer.

Many colleges offer event design programs and will help you to learn the fundamentals of design along with the tools to create your own signature style for your company or brand. Most design programs will include color theory in addition to the many different types of style and themed events. One of the most common mistakes made by beginners is confusing a themed event with design.

This image shows how one event is a theme and the other is an inspired design. Can you tell the difference?

How long will it take to become an event designer?

Many courses are offered online with hands-on design projects which really help to build your confidence. Whether you take an event design class online or a weekend webinar workshop or a semester long course on campus, your journey from beginner to expert will be filled with continuous learning as the industry continues to evolve year after year with new techniques, new technology, and new trends. When attending your event design education you will be introduced to other industry professionals to help grow your list of event decor resources.

How to get started as an event designer?

After achieving your Certificate in Event Design you may also consider an internship to practice your level of creativity and design skills. An internship will provide you with new opportunities, experiences, and challenges to further expand your fund of knowledge and grow your confidence. When you get the chance to volunteer or intern for an event try and take advantage of the learning opportunity. There is always room to learn new things when it comes to event decor. Check out LWPI’s calendar of events for upcoming internships in your area.

Another way to exercise your newly learned skills is to volunteer for your local church, community center, or city event planning committee. With your Certificate in Event design or Event Planning Certification you can apply to be on your city’s event planning volunteer committee. This is a great way to network and gain new referrals.

We hope this information was helpful to anyone considering a career in event decor and design. we’ve also included a free worksheet on how to plot a floor plan to add to your event design tools. This is one of the most essential skills of event design as it creates the canvas.